From tigers and leopards to frogs and fleas, this ‘little book’ contains descriptions and pictures of 300 animals. The book also includes fabulous creatures such as unicorns and manticoras (a monster with the body of a lion, the head of a man, porcupine’s quills, and the tail or sting of a scorpion). Even some of the real animals appear to be based on the illustrator’s imagination!

A Description of Three Hundred Animals is a natural history book for children that was created nearly 300 years ago. It is unusual for its time. Thomas Boreman, the publisher and probably author of this book, was one of the earliest publishers to produce books designed to entertain as well as educate children. In the early 18th century, most books for children had a religious purpose or were used for teaching, such as spelling books.

What can you see in these pages? 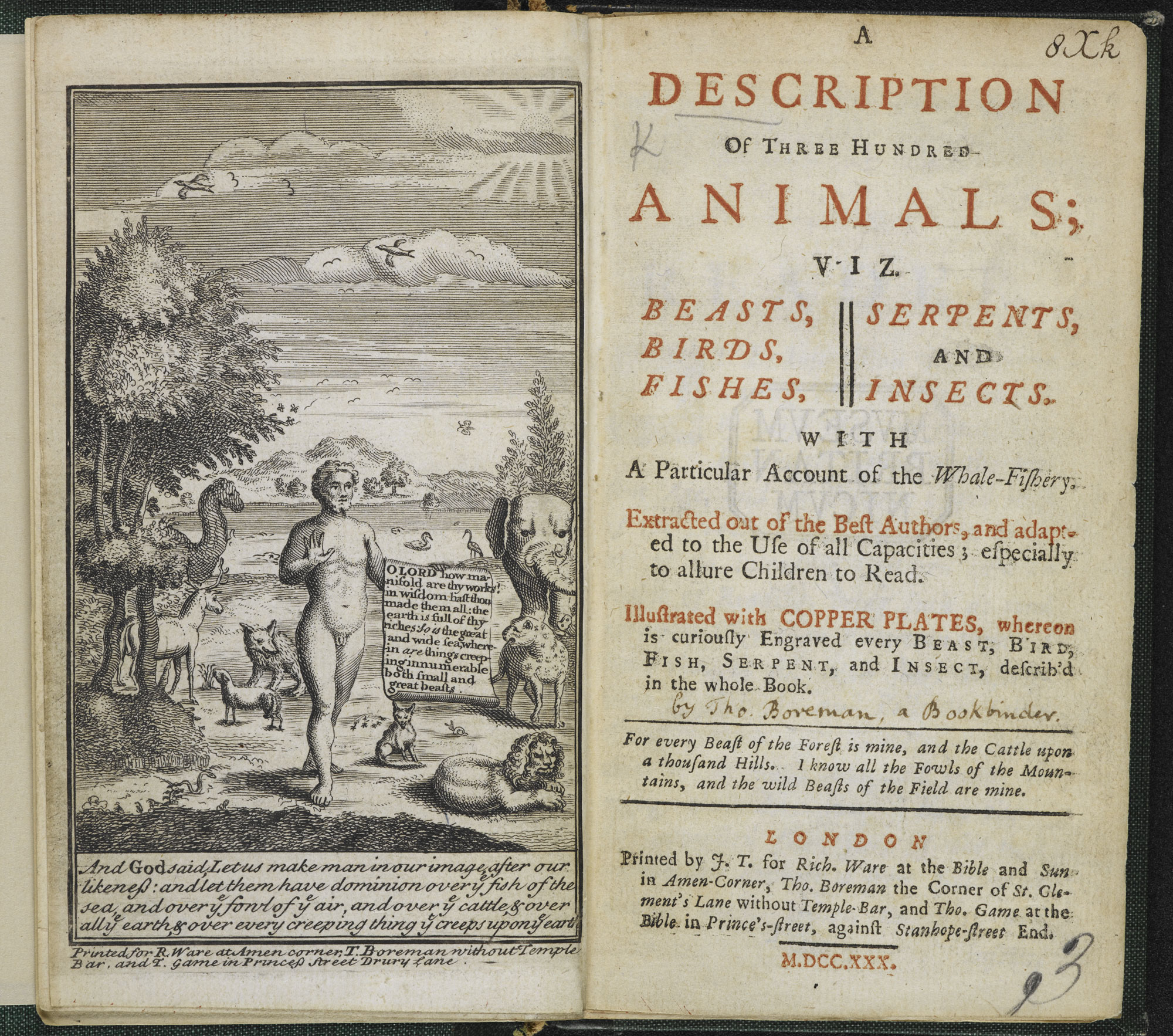 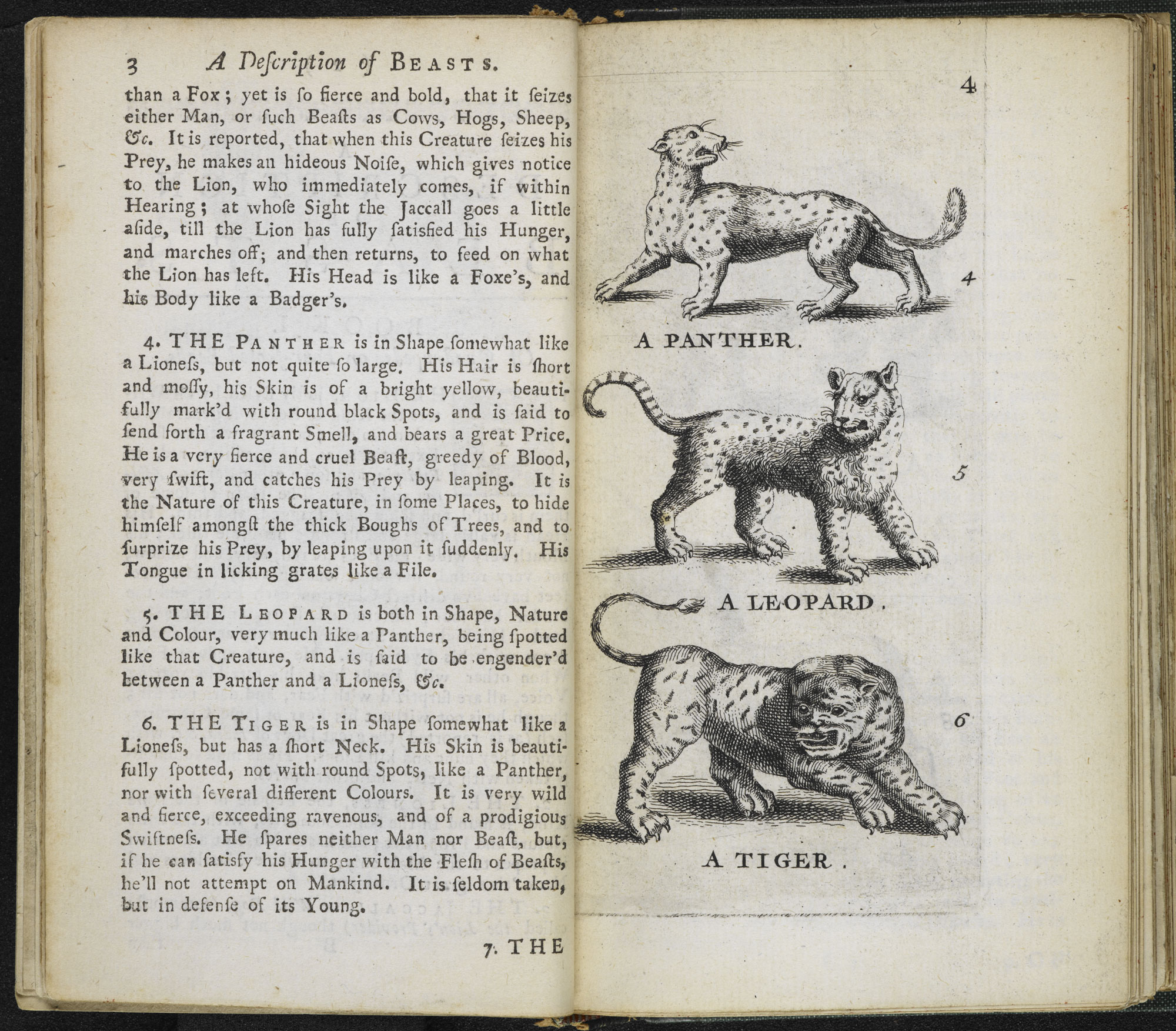 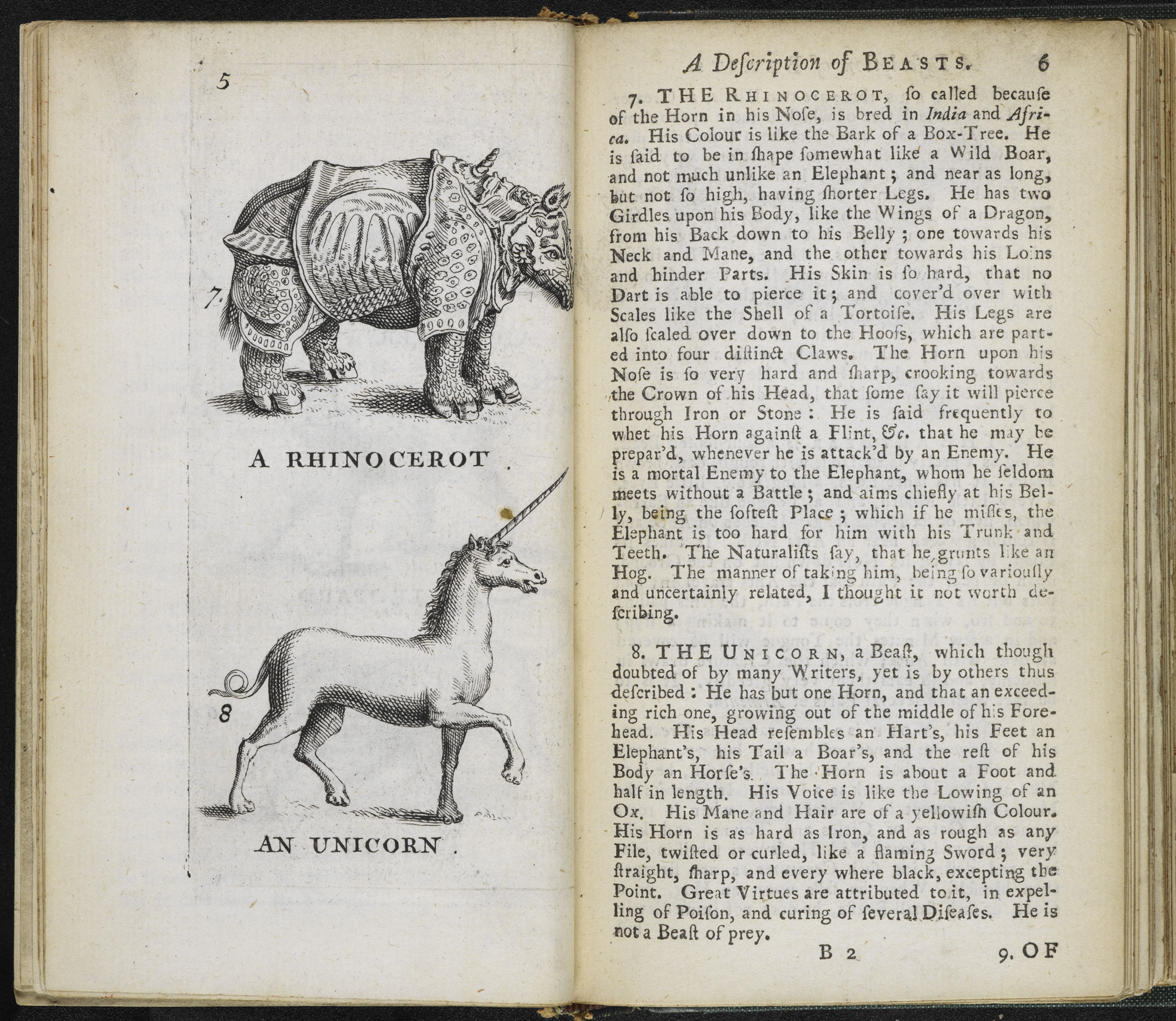 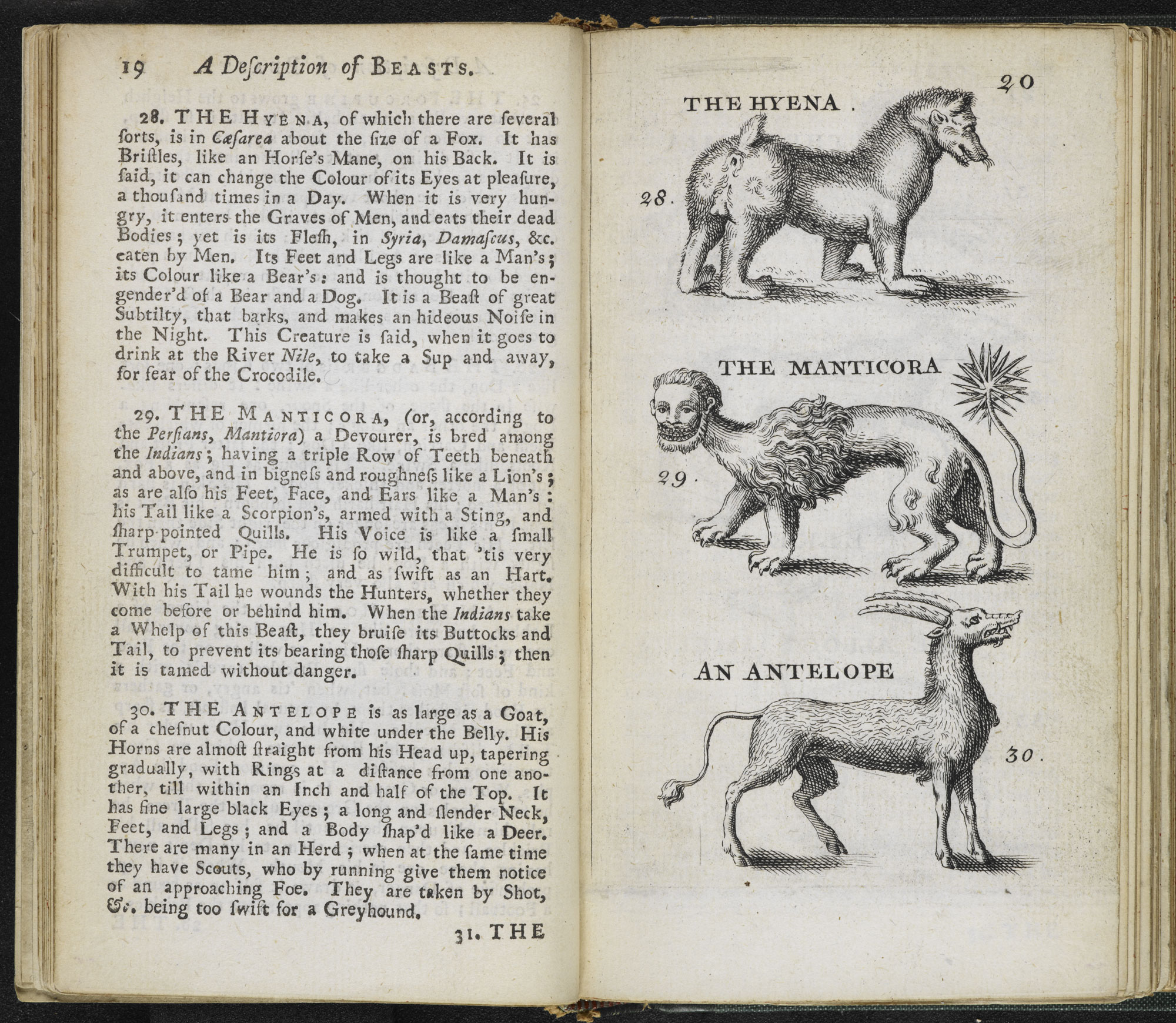 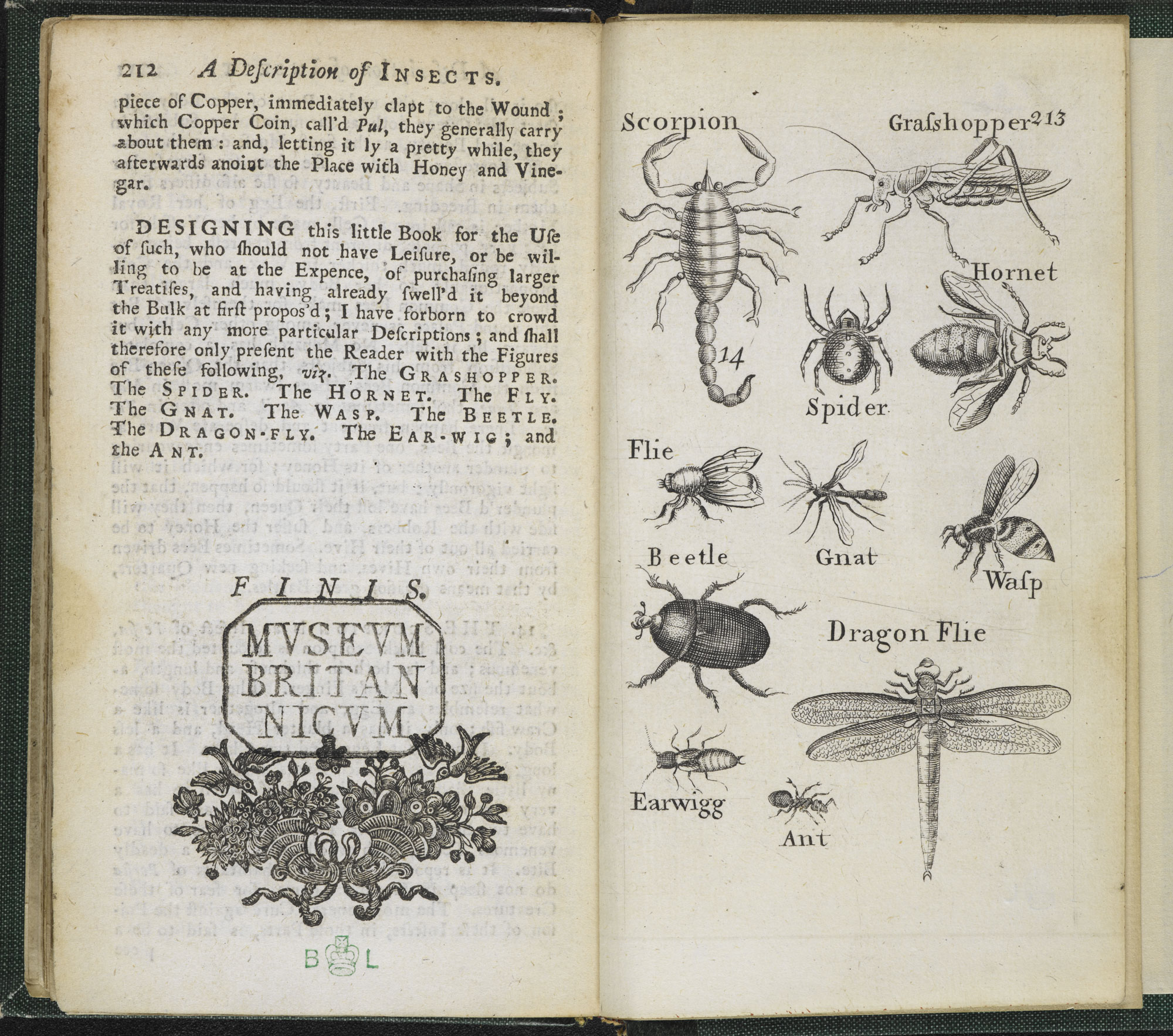 With its large number of animal illustrations, this book might be seen as an early example of a children’s picture book.

The also book continues a tradition established in the medieval period. Medieval bestiaries gathered together descriptions and pictures of animals, ranging from ordinary to imaginary creatures. In most bestiaries the descriptions contain Christian moral lessons. The bestiary also aimed to remind the reader of the link between God and the natural world, and of the superiority of humans to beasts.